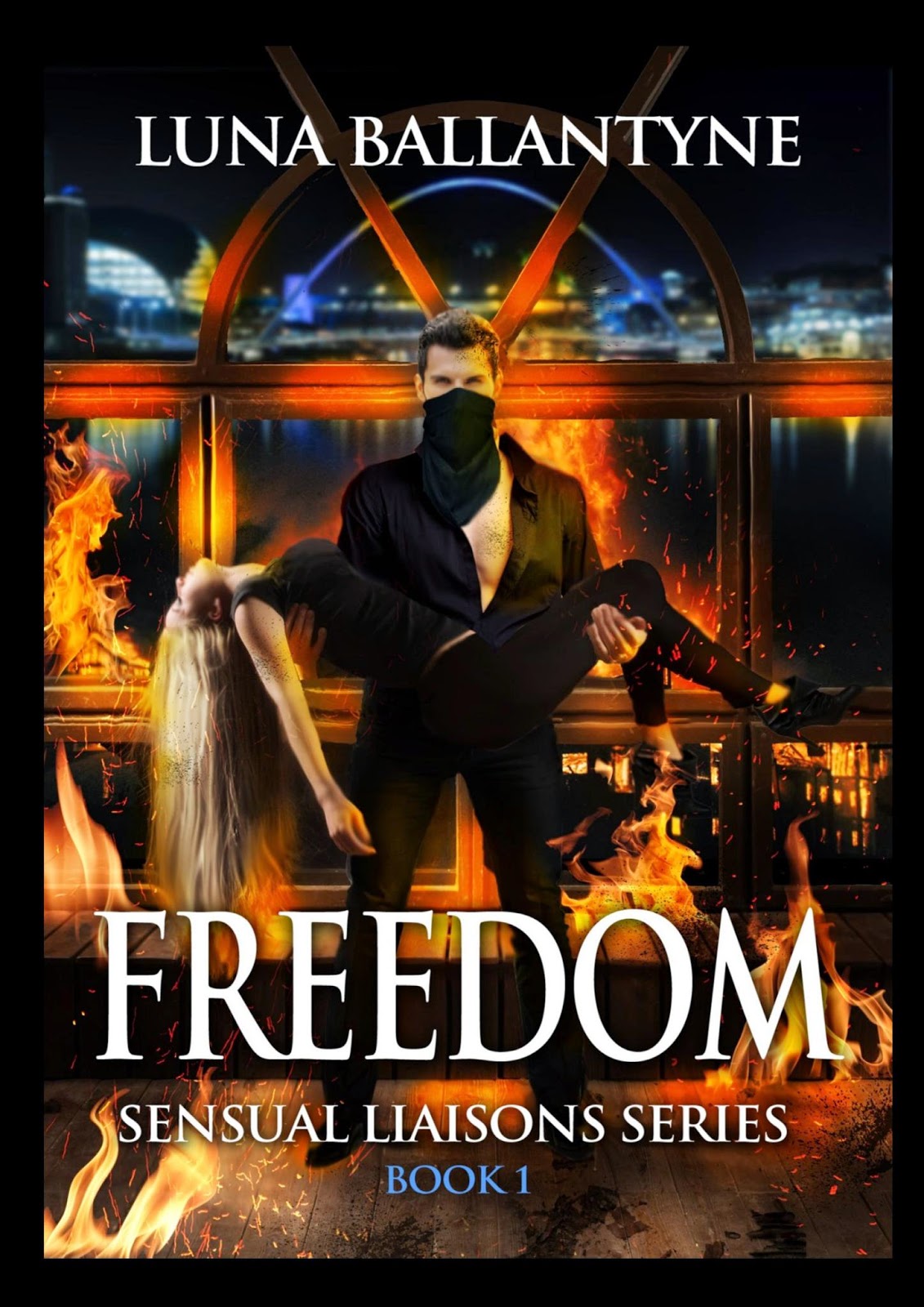 Description: “She couldn’t help wonder more than a little wistfully what Pete was doing right now? Whether he was missing her or whether he too was planning on celebrating his first official night of freedom by having sex with a random stranger.”

Newly divorced and after spending years trapped in a soul-less marriage, Zara Cockburn is ready for anything and intends to make full use of the naughty little kit of sex toys, lubricants and condoms that her friends have put together for her. This is HER night, HER freedom night, a once in a lifetime kind of night.

It is also a night in which she will unwittingly become embroiled in the twisted mindgames of a time-travelling highwayman and a young woman executed for witchcraft in 17th Century England.

Who is the Highwayman and what does he need from her? Will Zara seal her fate or gain her coveted Freedom?

One thing’s for certain; her life will never be the same again.

*Warning : the following excerpts are intended for mature audience only:*

Women love me; they have even been known to kill each other on the off-chance that I might lavish my undivided attention on them for just one night. Why wouldn’t they? Aside from being sinfully good looking, I am also incredibly well-endowed. Whoever said ‘size doesn’t matter’ clearly hadn’t met or experienced me. No-one loves a braggart, but everyone loves a man that is not afraid to get his weapon out…and use it! Even those that despise me would readily admit that when it comes to sex and seduction, I excel at my craft. Cursed by the one woman that I lowered my shield to, I, Bastard of Bilbao am somewhat ashamed to admit that I have been a gigolo for the past 400 years. It’s a hard job, but someone has got to do it, and while it wouldn’t have been my profession of
choice, like everything that I do, I enter each and every liaison that I embark upon with an energy that has been known to leave some of my lovers breathless. Bringing my own special brand of pleasure, and yes, pain to the women who fall onto my cock, in the same way that my enemies find themselves falling onto my rapier. My real mission…? Well, that’s my business. Ever the sword for hire, I attack my destiny with gusto; bringing freedom and liberation to the women I seduce (not to mention a sexual encounter that they never forget).

My story does not begin and end here though, like countless men before me, I too, have fallen into the trap of a woman more cunning, more devious than myself. I paid a heavy price for my foolishness; for allowing my heart to rule my loins, indeed my heart could not have made a more damning choice if it had tried. For like my poor mother and sister before her, Elizabetha died centuries’ ago, executed on the orders of a dastardly witchpricker. Blinded by my lustful love for her, I had no reason to believe that she had been plotting my downfall for years; cursing me from the gallows on which she hung.

You may be wondering what I did to elicit such an emotion of hate. Well, I am no Saint, and I did many things! The truth be told, whilst Elizabetha was in no position to argue about my dalliances, the fact that I bedded her mother seems to have sealed my fate. The small detail that I slept with Grace before I even knew of Elizabetha’s existence is of no consequence to the bloody-minded woman. It was not as though I even particularly desired the mother. Grace was just a convenient opportunity that presented itself, and somehow it didn’t seem fair to deny her my cock when she yearned for it so desperately.

Will I ever break free of her spell?
Will I be able to re-claim my destiny – and be reunited with the one person that I truly love? Did Zara yield to my “special request?” The request, that one way or another Elizabetha has ensured that I must ask of all the women that I bed. Have I done enough to free myself of this archaic curse?
Can I set my past aside and move forward into the future?

'It is enough for now to just understand that you will go voluntarily with him when the moment is right. That while some of his requests may seem a little bizarre, he won't take anything from you unless it is freely given, and he will always give something of equal value in return. With Margaret, it was a child she desperately craved and which her husband was unable to give her. With Olivia, it was the sense of balance that she felt in finally being able to straighten the bed sheets after her husband's own foolish and much talked about discretion....

"What about me?" Zara asked intrigued’

‘Time travel, what can I say. I love it in all its forms. I do, however, have to say that I had never read one quite like this. Luna not only understands female sexuality, but has managed to get into the brains and loins of the male psyche as well, in a totally believable and realistic manner.
Freedom is not only a wonderful time travel story set in Newcastle, England, today and 1636, but has witches and erotica. Sex is integral to the story as The Highwayman is cursed with being a gigolo, a role that isn’t always a curse to him, as when he meets Zara who is celebrating her divorce with the hopes of a wild, steamy freedom night. The story left me satisfied, yet wanting more. I want to know what fate awaits Max and wished to learn more about his cursor, Elizabetha. I needed more of her and hope that when “Compromised – The Sensual Liaisons Series Book 2” comes out in 2015, I get it.’

‘Got time on your hands? So has the highwayman. Spend a sizzling sex session with the suave and dangerous Max aka the Bastard of Bilbao. As Zara sets out on her 'Freedom' night - to celebrate her divorce from staid ex-husband Pete - she finds herself tangled up in the web of the mysterious Max. Pulled from the flames of a burning pub, Max whisks Zara away on a raunchy week-long sexual odyssey of self-discovery. Zara soon finds that there is more to Max than meets the eye. Raunchy sex, time-travel and a twisted love that stretches back into the dark days of the Newcastle witch trials - Zara's life will never be the same again as she looks beneath the mask of the time-travelling highwayman. The first in a series of erotic fiction, Freedom introduces the character of Giraldo de
Logrono otherwise known as the Bastard of Bilbao the swashbuckling adventurer, sexual
mercenary and time-travelling highwayman.’

‘Girls, forget Christian Grey – there is a new fantasy man in town!
Set in the Newcastle of today and the 17th Century, Freedom is a book about the liberation of a newly divorced woman and her liberator, Max the highwayman. Hell bent on a onenight stand with a handsome stranger, the leading lady is no shrinking violet and she has a very naughty ‘kit’ to prove it! She definitely finds what she is looking for and embarks on a no-holds barred sexual journey of discovery… and so do we, the reader! More than this though, it is a story of forbidden lust that is acted upon with dire consequences… for whom? You will just have to read the book to find out! All in all, a racy little page turner that left me wanting more and eager to read the next
instalment.’

Luna Ballantyne is 39 years old and very happily single. She lives in a fabulous apartment overlooking the river in the heart of Newcastle upon Tyne, and has three loves in life; men, sex and her wonderful friends. She is living proof that women really can ‘have it all’ – they just need to redefine what ‘all’ means.
Taking inspiration from her real life experiences, Luna has recently released Freedom, The Sensual Liaisons Series Book One. The first in a series of erotic romances and is busy working on the second one which will be released in 2015. Luna has always maintained that her leading man is a work of fiction although many have claimed he is based on them!
As well as being a novelist, she also owns an extremely successful chain of lingerie stores and is soon to star in her own no-holds-barred T.V. Reality show.
She is the pen name of Author Ingrid Hall

To find out more about Ingrid Hall and her pen name Luna Ballantyne, visit: 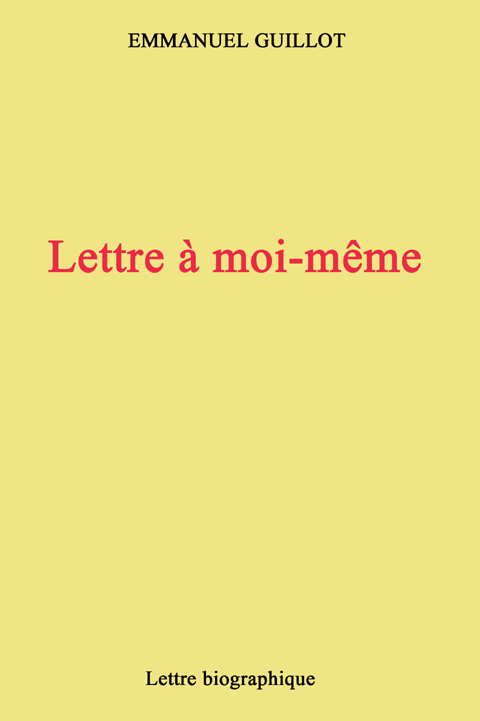 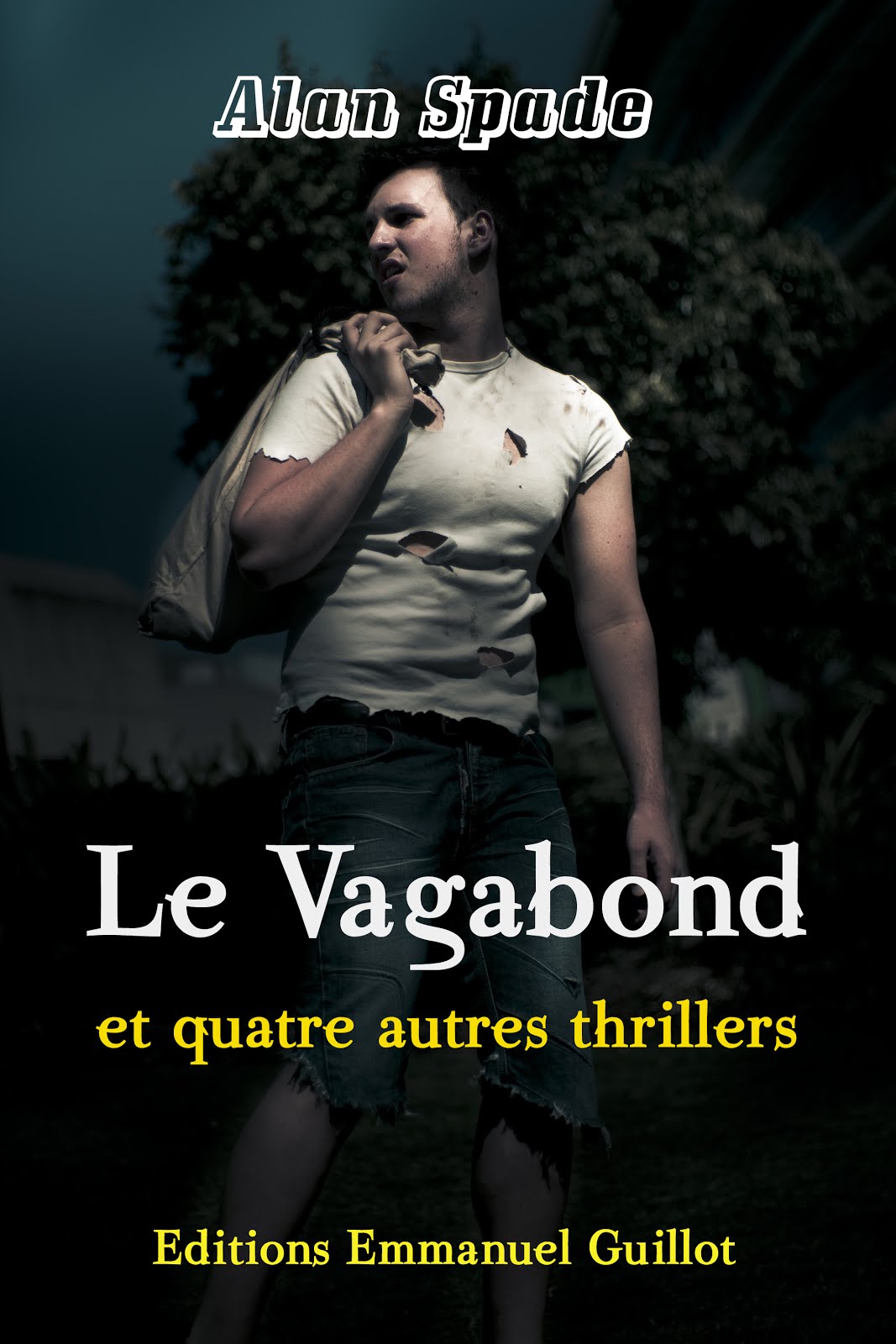 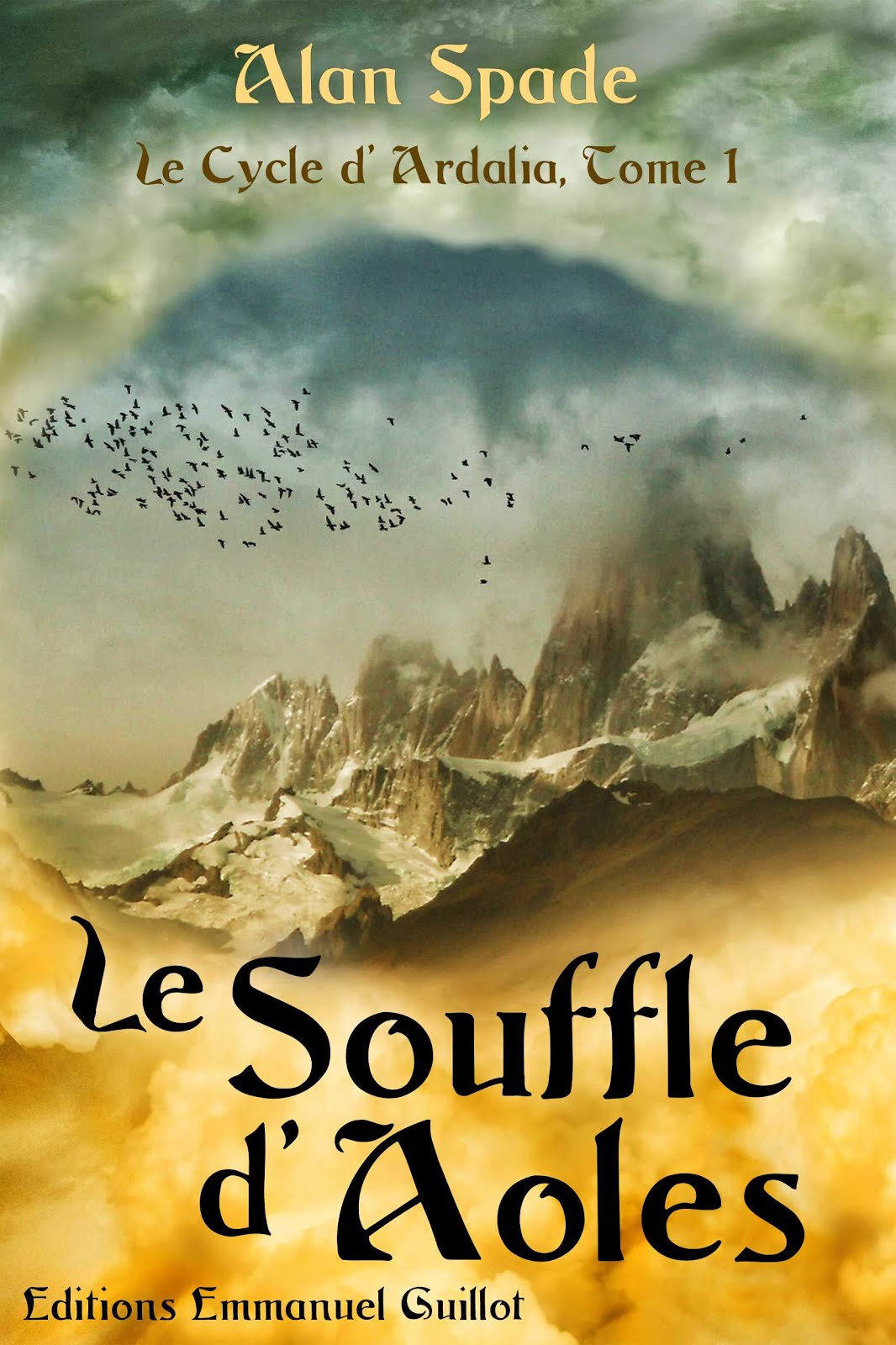 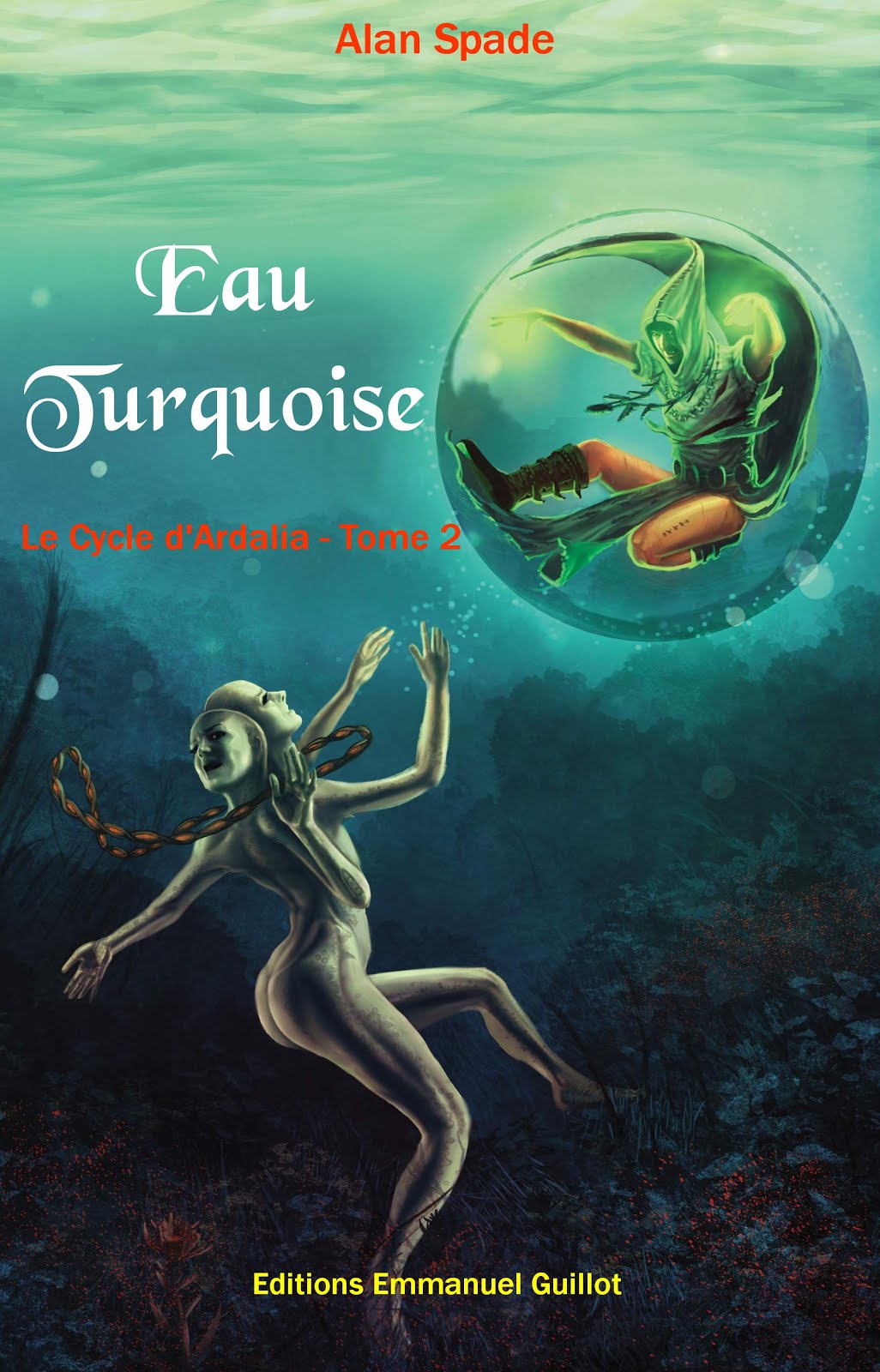 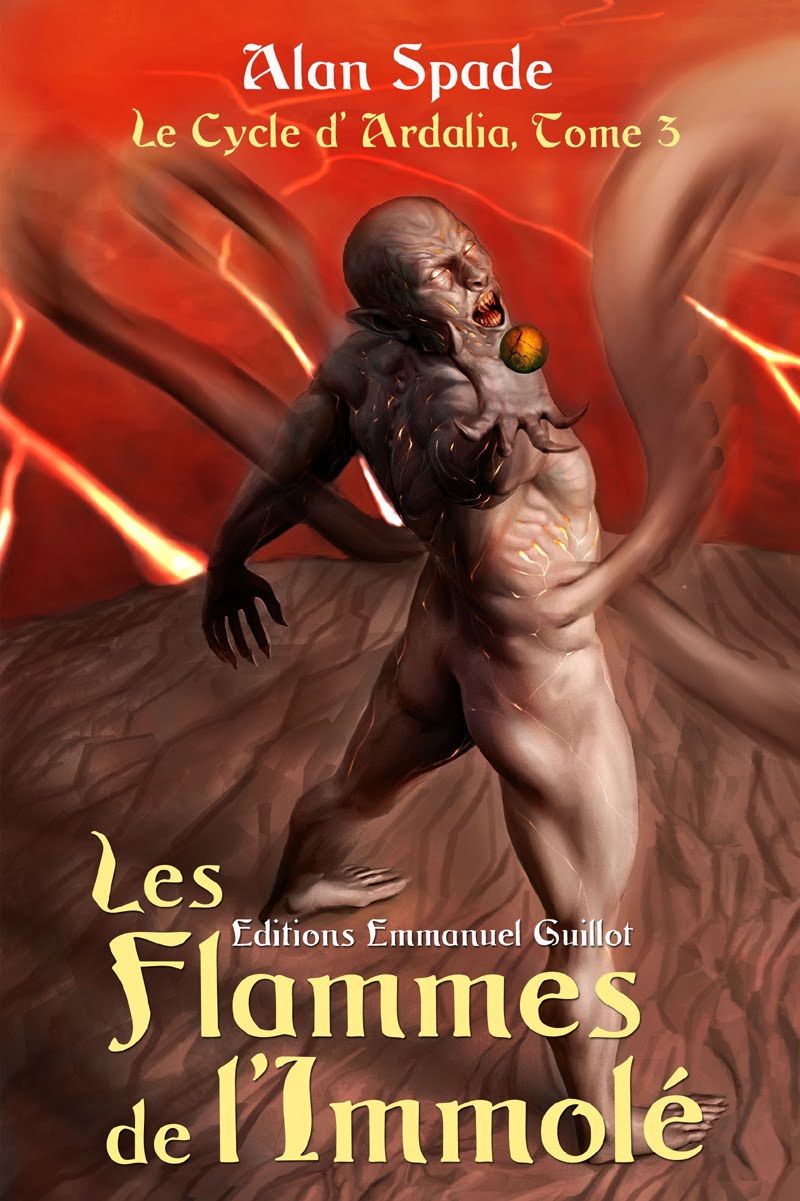 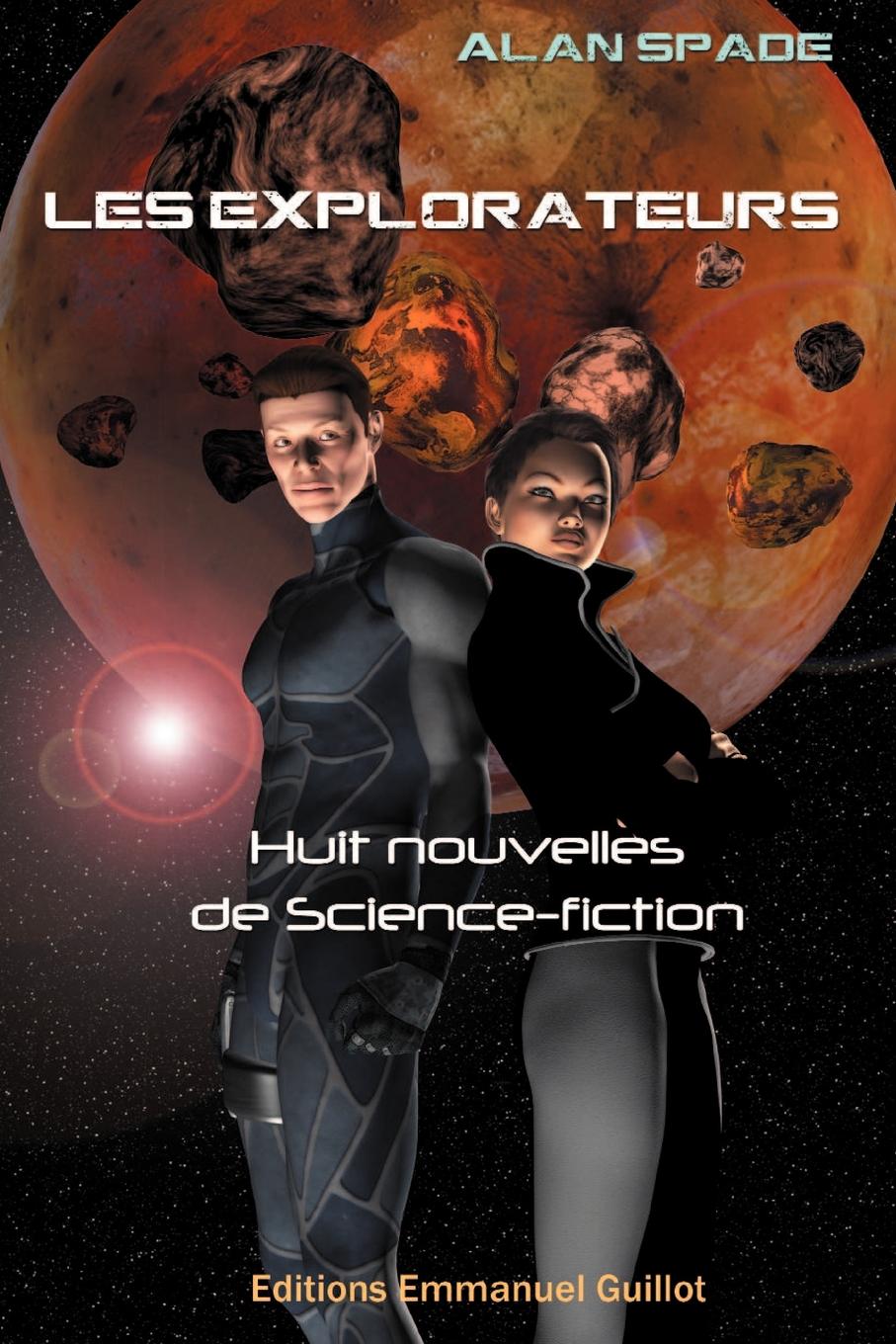 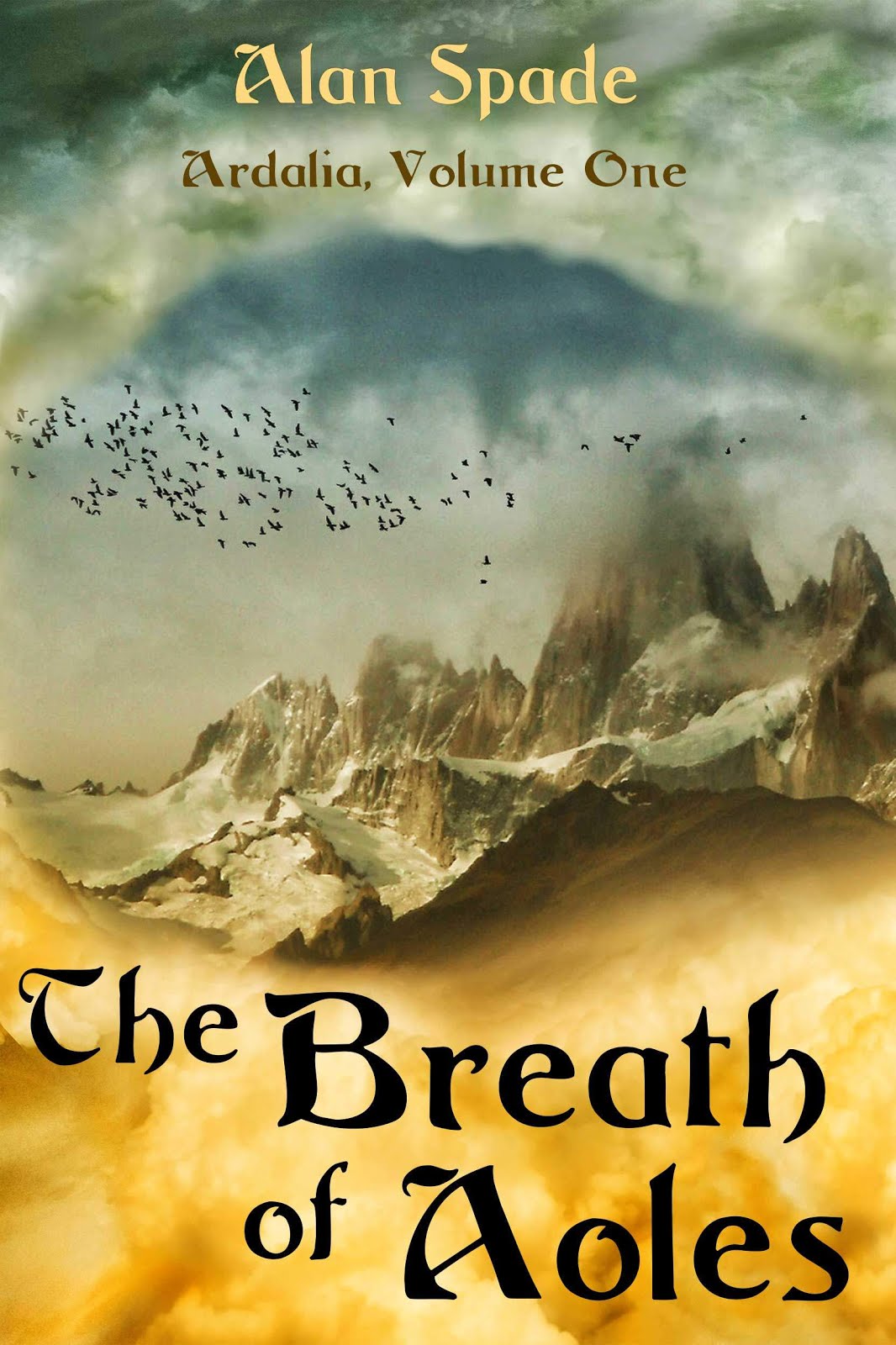 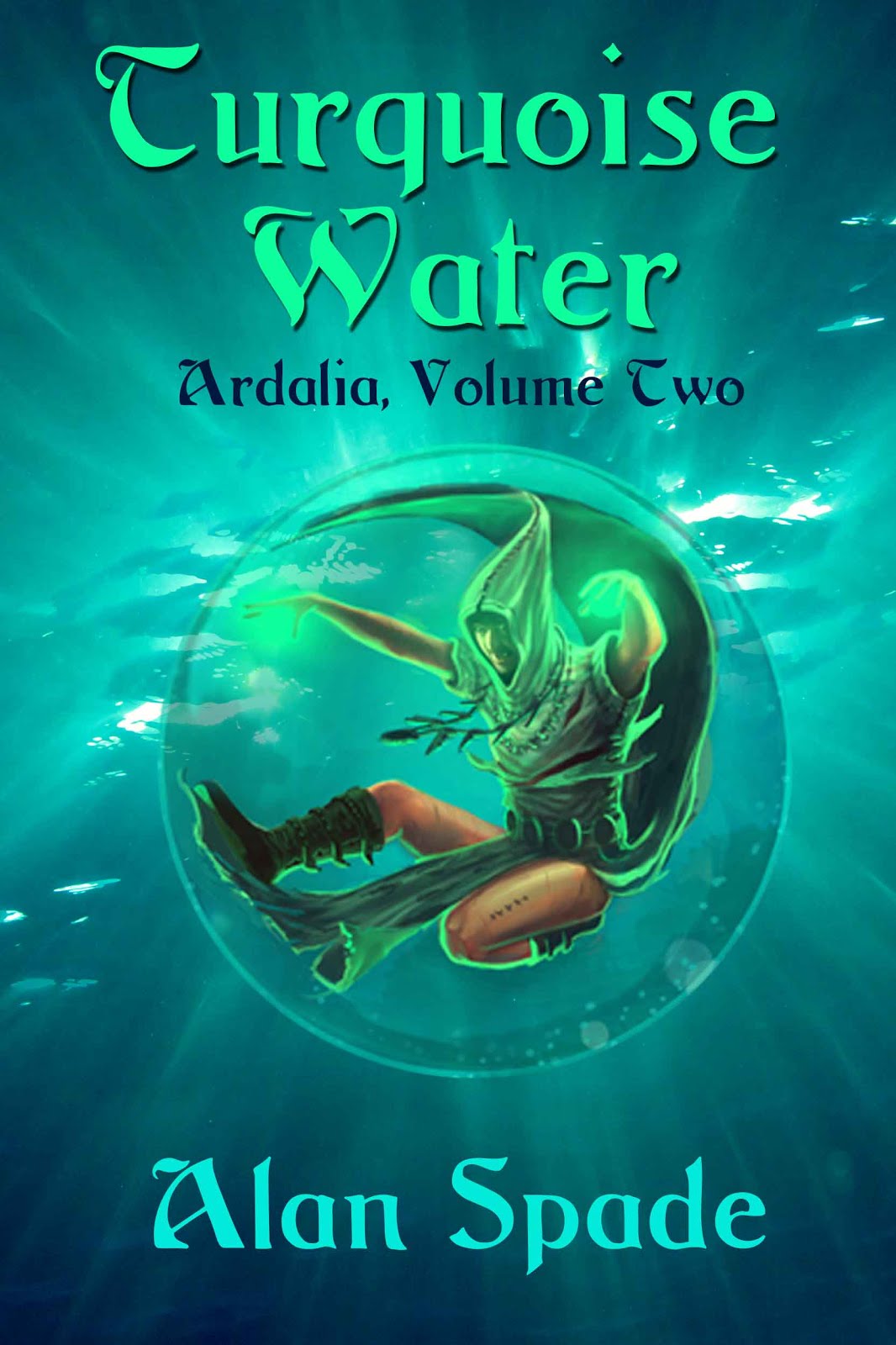 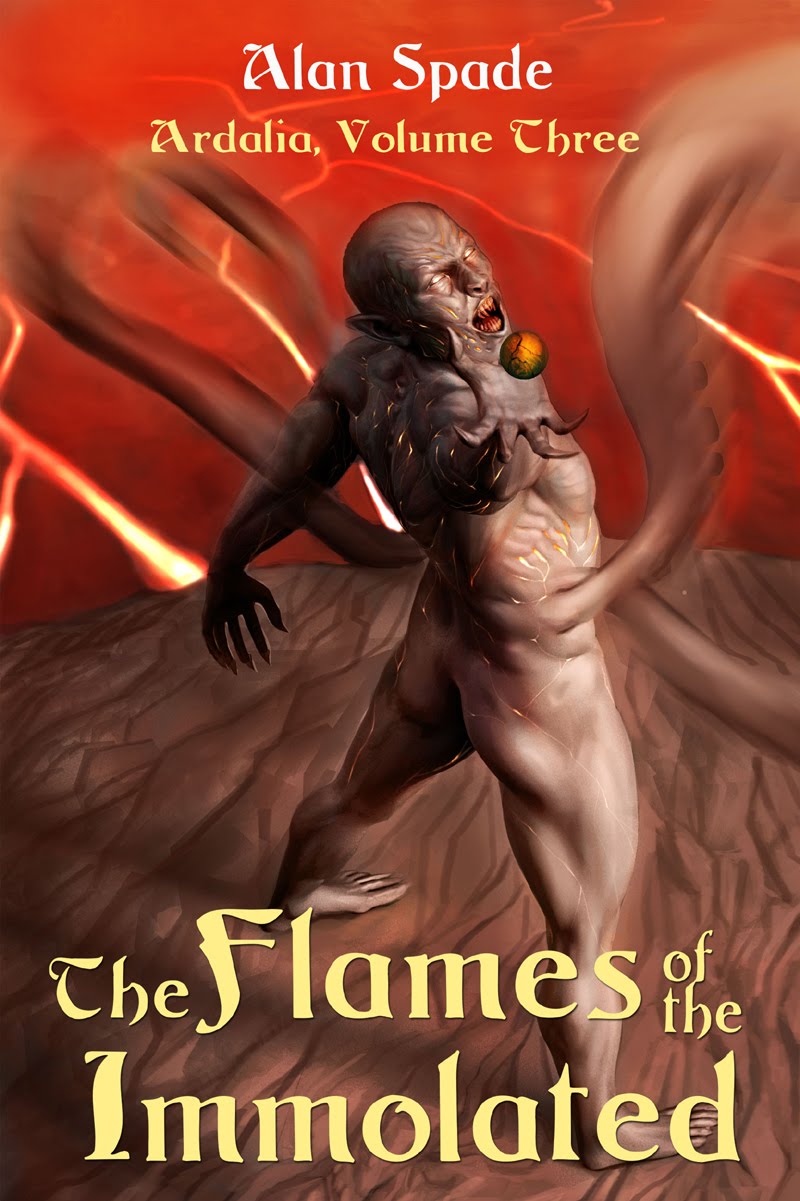